Red Dust Give away!

a Rafflecopter giveaway
Posted by Sam Campbell at 11:52 AM No comments:

Long time no post. Life got in the way as usual but we are back. We've recently published our third zombie western short story - The Last Rider and a collection book -Red Dust: The Fall.

With The Walking Dead coming back to our screens why not enjoy more zombies and checkout some of the authors we have hosted on here or read some of our works ;)

Posted by Sam Campbell at 11:51 AM No comments:

How to survive the zombie apocalypse by Glyn Gardner

How to kill your zombies by Glyn

How to survive the zombie apocalypse: Part 2 by Glyn Gardner

Don't forget to check out APEX for more zombie!
Posted by Sam Campbell at 3:50 AM No comments:

Why I write about Zombies by Armand Rosamilia

Brian Keene is the reason. End of post.
Oh, you want more info?
I'd always been a huge fan of zombie movies, ever since being scared as a kid watching Night of the Living Dead. While everyone else was into vampires, I was the teen getting excited over zombie movies, which were hard to come by. Back in the days before the internet you had to actually go to a video store (no Blockbuster, no RedBox) down on the corner and hope that mom or pop that ran the place were fans of zombies. I remember the closest video store to me had a huge horror section, but mostly these obscure slasher flicks. I had to go a couple towns over because there was a video store that had an amazing collection of zombie movies, and I ended up renting them all.
But I'd never read any zombie books, even though I read a ton of horror. I was more into scary monster books without honing in on vampires, werewolves and zombies. Instead, demons and ghosts and serial killers were a huge part of my reading experience.
Until The Rising.
I remember being in the local Books A Million and searching for another paperback. The horror section had disappeared, leaving you to search through thousands of fiction books for that hidden gem deemed horror. Sure, King and Koontz had huge sections devoted to them, but everyone else was relegated to being lumped in with general fiction.
As if by fate, Brian Keene's book was facing out and the cover immediately caught my attention. I can still remember reading the back cover blurbs and being excited, because reading zombie fiction had never interested me before. The few short stories that I'd read were either about voodoo queens or cliché brain-eating zombies that had no real plot.
This was something quite different, and I read it in one day, amazed at the characters and how the zombies were not the whole story. In fact, I got so into the characters that, at times, you forgot it was even about zombies and just about survival.
I had never read anything from Keene, but went back to the store and bought every paperback he had available, including the other zombie books, City of The Dead and Dead Sea.
Within a few days I was heavily immersed in zombie fiction. I started surfing the internet for other zombie fiction, finding some great anthologies like The Dead That Walk and The New Dead.
I was also amazed at the amount of zombie authors putting out quality releases, and had to read them all.
Then I started writing my own zombie fiction, something I had never done before despite twenty years of writing stories. I thought there was nothing new, nothing fresh about it. I was wrong, and as I started thinking about my own ideas.
As a writer you never want to toss a few cliché ideas and worn plotlines together and get a story. But once I had an idea I thought was unique, I went with it. Suddenly there were more characters, more ideas than I had time to write. What started out as a simple flash fiction piece, "Anything But Luck" (released in Daily Bites of Flesh 2011 by Pill Hill Press), became a world of extreme zombie fiction from me. Another half dozen flash fiction zombie pieces took shape, followed by my Highway To Hell novella. Since then I've written and published a slew of zombie short stories, followed up Highway To Hell with Dying Days (now with 2 sequels and more to come).
And I owe it all to Brian Keene and that paperback book staring at me.
Armand Rosamilia
http://armandrosamilia.com 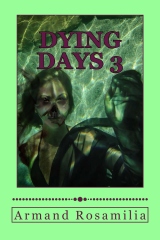 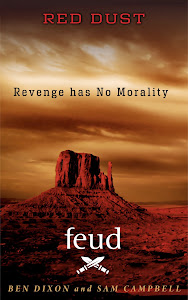 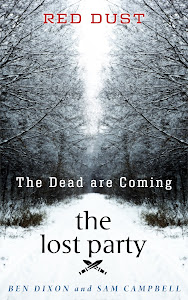 The Dead are Coming

Sam Campbell
The Red Dust series authors, Ben Dixon and Sam Campbell are History graduates who came up with an idea and ran with it. The result was Red Dust. The first short story, The Lost Party is out now on Amazon.com and .co.uk for Kindle. http://amzn.com/B00CCT2JWE

Should Zombies be Fast or slow?